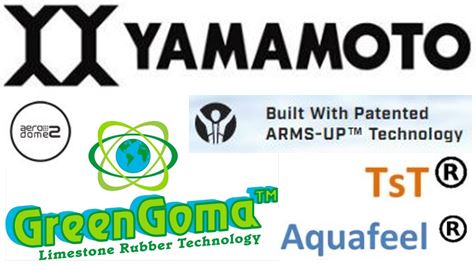 Starting the journey in the world of triathlon wetsuits you are inevitably forced into reading the different technical features, materials and names of a plethora of technologies which are used to manufacture the wetsuits. It starts from buoyancy profiles, neoprene numbers and continues with patented technology trademarks like TST, Bio Stroke™, WhaleSkin™ and many others. Nevertheless, some of the technical features are the same by all the wetsuit brands, like the different buoyancy profiles and the neoprene thickness which is bound to that, but a lot of the technologies are brand specific, like WhaleSkin™ technology which is used specifically by debour wetsuits. I think it’s confusing!

In the following paragraphs I made a guide where I gathered the different technical features, materials, technical terms and technologies from the most popular triathlon brands – Blue Seventy, ROKA, Zone 3, debour, Orca, 2XU, Huub, Sailfish, De Soto, TYR and Aqua Sphere. I added descriptions and definitions which are taken from manufacturer web pages as well as from a lot of other web pages (e.g. yamamoto-bio.com, seventhwave.co.nz).  From time to time I will update this post with additional and current information.

Yamamoto neoprene – the basis for most wetsuits

Yamamoto Corporation was started as a shipping wholesaler operating cargo liners in the Hokkaido region, Japan. In 1919 company’s core business was changed through the establishment of a chemical institute. They manufactured synthetic buttons from a resin using a unique technology. In 1948, they developed the well-known pencil with an eraser and patented it.

Yamamoto Corporation was established in its present form in 1964. It developed a unique closed-cell neoprene rubber wetsuit as a response to the requests from Japan’s Defense Agency as well as of female oyster divers who were looking for swimsuits that were easier to swim in. The structure enabled unprecedented flexibility in wetsuits, allowing divers significantly more freedom of movement and less struggle in putting on and taking off the wetsuits. From that moment on Yamamoto Corporation continues to develop materials for different kind of wetsuits – triathlon, diving etc.

#38 One of the regular materials. This material is frequently used as wetsuit material for wild marine sports such as scuba diving, kayaking and sailing, as well as spear fishing and triathlon wetsuits.

#39 is most common material. This material is used in surfing, triathlons, swimming and spear fishing.

#40 material was developed by improving the flexibility of #39. This material is adopted as wetsuit material for surfing and triathlons, which require the wearers to have a flexible range of motion.

AERODOME. Material which has many air holes evenly placed on the rubber material. Used for reducing the weight of the material. In addition, using it with rubber will add buoyancy by keeping air bubbles in the air holes, and it is even able to improve heat-retention due to the heat insulating effect of the air bubbles. Mainly used as a material for triathlon wear.

Pro-Speed Cuffs™ Pro-Speed™ arm and leg cuffs use a specially formulated silicone coating to make the wetsuit come off extremely quickly. Perfect to increase transition speed for pro’s and make that bit easier for novices. (Specific to Zone 3)

One Piece Shoulder. Designed to offer maximum flexibility by eliminating seams. This ensure maximum range of motion and minimizes resistance against the shoulders to give the feeling that you’re swimming without a wetsuit. (Specific Zone 3 wetsuits)

WhaleSkin™. Limestone neoprene with a high micro-cell structure. These are independent closed cells (like bubbles) within the neoprene that are packed together at extremely high density. Limestone neoprene has a 94% cell penetration leading to greater impermeability, lightness, warmth, durability and stretch with memory allowing more freedom of movement. WhaleSkin rib neoprene increases the surface by 18.3%, which in turn increases buoyancy and ultimately increases your speed. (Specific to debour wetsuits)

Avevia super dry. The little water-absorbing lining and the high quality neoprene are responsible for the maximum flexibility of the wetsuit. The Avevia Super Dry inner liner stays relatively dry and helps you to speed up your transition time. (Specific to Sailfish wetsuits)

Layered Insulation Foam Technology (LIFT). Buoyant foam sandwiched between the outer and inner layers on the back of the legs improve body positioning. (Specific to Blue Seventy wetsuits)

Stability Panel. A special cut and a more solid neoprene on the lateral hip stabilizes the body. The Stability Panel reduces rolling motions of the hips and keeps you streamlined in the water. (Specific to Sailfish wetsuits, though also under other names or description, but with the same functionality by other manufacturers)

Zero Resistance Panel. Allows you to swim effortlessly and efficiently. Due to the specifically designed armpit panel it reduces the effort per stroke to an absolute minimum. With an outstretched arm, there is in fact no material resistance. (Specific to Sailfish wetsuits)

V-Power Panel. The v-shaped arrangement of elements reduces the arm’s resistance when entering the water. In the subsequent pull phase they provide an increased pressure build-up on the forearm. The V-Power Panel optimizes your power use and lets you glide through the water more efficiently. (Specific to Sailfish wetsuits)

Waffle Grid Panel. The diamond-shaped arrangement of the elements optimizes the pressure build-up in the pull phase. The Waffle Grid Panel improves your water feeling and ensures that your power gets optimally transformed into speed. (Specific to Sailfish wetsuits)

+43™. Material (foam) that is lighter and 43% more buoyant than standard neoprene. Developed by HD Labs (Specific to Huub wetsuits).

Bicep Release 360™. A more relaxed fabric covering assists correct arm positioning and bicep expansion to allow a natural bent arm state for recovery and catch. This technology is also applied to the triceps. In both the tricep and bicep areas, it offers benefits for arm positioning through stress of catch & pull and enhances the recovery phase by allowing a relaxed arm position with high elbow and less swing (Specific to Huub wetsuits).

OKD – Zoot’s proprietary leg patterning works with the anatomy of the swimmers legs to increase kick velocity, frequency, and efficiency. The unique pattern reduces leg muscle fatigue allowing for a stronger kick throughout the entire swim (Specific to Zoot wetsuits).

According to the Dictionary.com Buoyancy is the power to float or rise in a fluid; relative lightness. The power of supporting a body so that it floats; upward pressure exerted by the fluid in which a body is immersed. It means that one of the main functions of the triathlon wetsuit is to provide buoyancy for the swimmer and help the swimmer swim faster. Different manufacturers have different buoyancy profiles for their wetsuits.

Few examples. All ROKA wetsuits have a patent-pending 1:3:5 buoyancy profile with 1.5mm neoprene up top, 3mm in the core, and 5mm in the hips and legs. Blue Seventy wetsuit buoyancy profiles differ from 5:5:4 for Helix model to 3:4:4 for Sprint model. Other manufacturers divide their wetsuits in groups according to the buoyancy. For example Orca’s wetsuits are divided in tree groups – Natural swimmer, Total swimmer and Progressive swimmer.

The main point in regard to buoyancy profiles is to know your body position in the water when you swim, meaning do your legs and hips sink or do you float more naturally and don’t need the extra buoyancy for legs and hips.

A small sum-up before next update

There are a lot of triathlon manufacturers out there and they use a lot of different technologies for manufacturing their products. The cheaper models will have Yamamoto 38 and 39 neoprene, but more expensive wetsuit models will incorporate Yamamoto 40 neoprene which means wearers will have a more flexible range of motion. Also, interesting that some manufacturers like De Soto and Orca offer two-piece wetsuits. I am planning to try out one of them!

What are your plans?

This will be a “living” post and I will upgrade it from time to time. I will appreciate your comments.

Have a good swim,