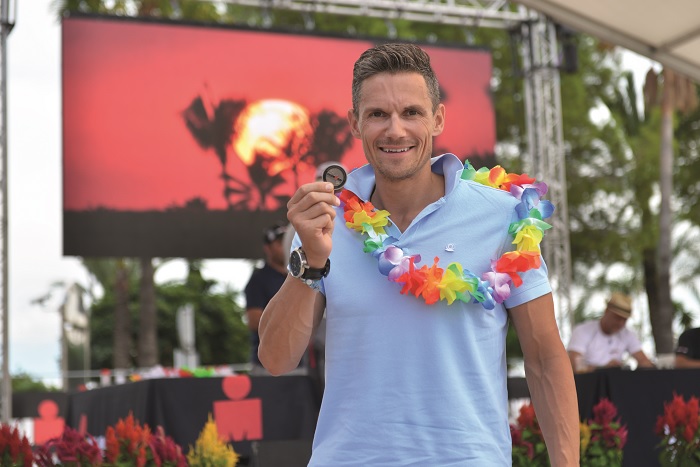 Rinalds Sluckis is an ex-professional triathlete from Latvia, winner at several international triathlon events (including Ironman and Ironman70.3) and holds the Latvian record for Ironman distance with time 08:23:49. He set the record as a pro in Ironman Florida in 2013. I asked him few questions about his experience regarding the wetsuits.

Please tell us in short about your experience as an amateur and ex-pro triathlete.

I started to train in triathlon in 2008 and I can assure that it has become an important part of my life and my identity. During the years 2013 and 2014 I had the fantastic chance to be only in sport, to invest 100% of my time in it and to start in Ironman competitions under pro category. It was an unforgettable experience, emotions, personal growth. I also got to know countries and places which I most probably wouldn’t have visited if not my passion for triathlon.

During last two years I scaled down the energy dedicated to triathlon, because of my work and related traveling. Nevertheless, I continued to take part in competitions and reached good results. At this point in time it has changed and I have put all my energy into the training with the aim to participate in the Ironman world championship 2020 and to show my all-time best performance.

Which triathlon wetsuits did you have in your triathlete career?

My first wetsuit when I started to train in triathlon was from Orca (Sonar – add. Ingus). Without any fancy details which help with the buoyancy and enhancements for the flexibility of arm movement. Just a rubber bag 🙂 It was enough for the first season, though I had to change it I the second season, because my weight had noticeably dropped and the wetsuit got too big.

I also tried Zoot, however I changed it right away, because it was too tight in the shoulders and my breathing was restricted. Probably the design of the Zoot wetsuits were meant for athletes with slicker build.

During last few years I am swimming in two different models of wetsuits from two manufacturers. First – Blueseventy Helix wetsuit. I have changed three models in last six years. In principle, during two years wetsuit gets worn-out, small holes appear and I get the urge to change it. Second – Zone3 Aspire sleeveless wetsuit in case if the water is warm, but wetsuits are still allowed. Total freedom in the shoulders with enhanced buoyancy.

Haven’t tried any other manufacturers. 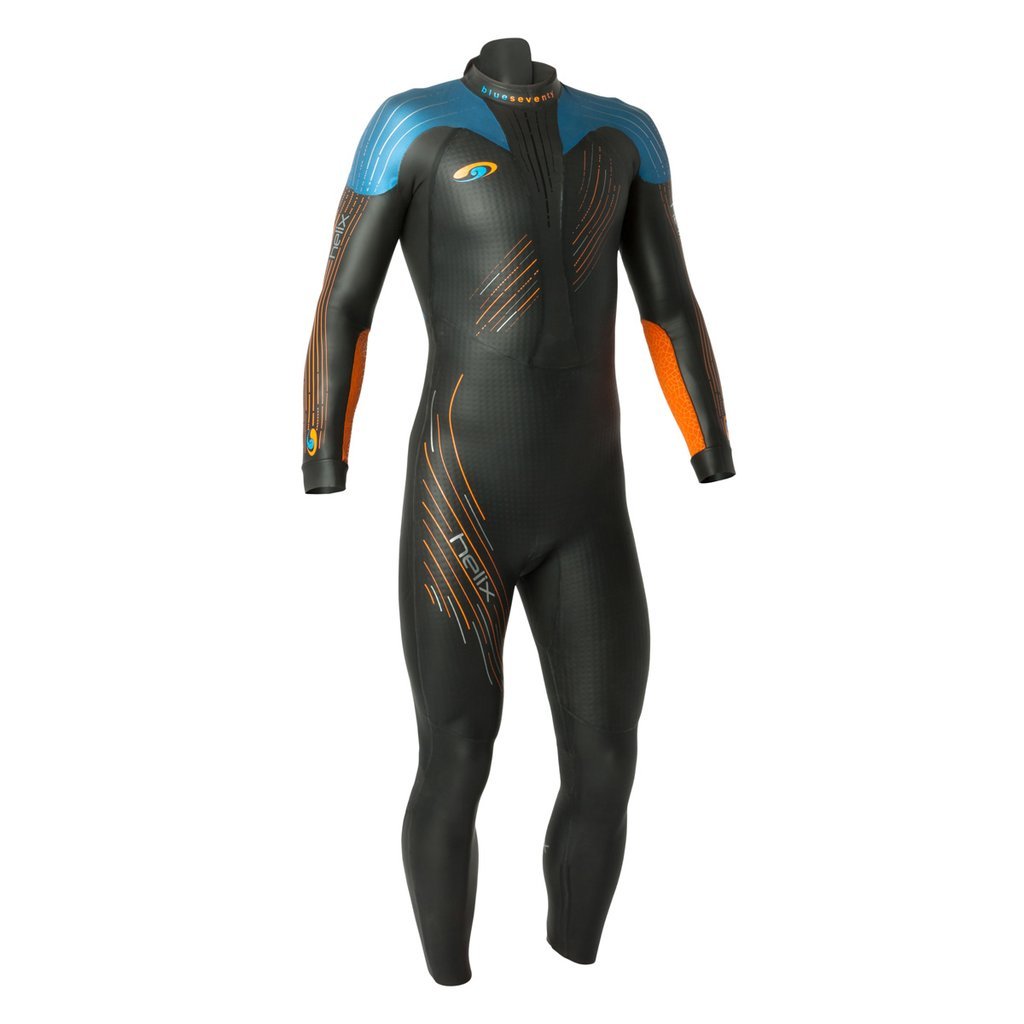 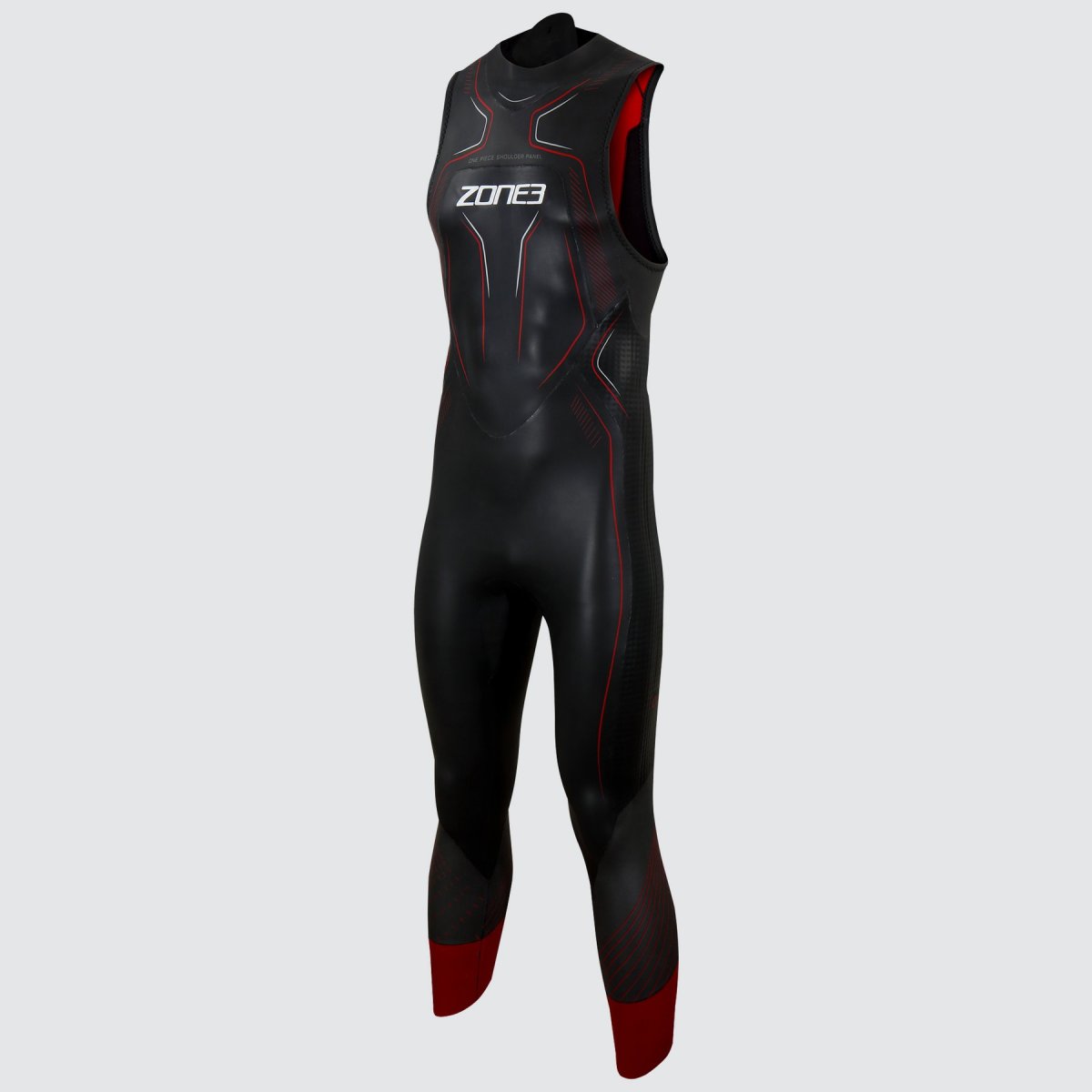 Which wetsuit are you using at the moment – pros and cons?

In this year I am swimming in a Blueseventy Helix 2019 model. I like a lot the relative freedom in the shoulders, the thin neoprene on arms and one very important aspect for me – improved position of the zipper head and lower more comfortable collar. This model has a soft and comfortable material by the neck which eliminates of lessens the chaffing. I had a big problem with this with all other wetsuits which I have used. I always came out of the water with a chaffed or even bleeding neck.

Which wetsuit would you consider if you would need to acquire a new one?

I am fully satisfied with the quality of the materials of the wetsuit as well as with the feel in the water. I don’t intend to make a change.

Thanks to Rinalds for sharing his experience and I wish him all the best in the Ironman world championship in 2020!