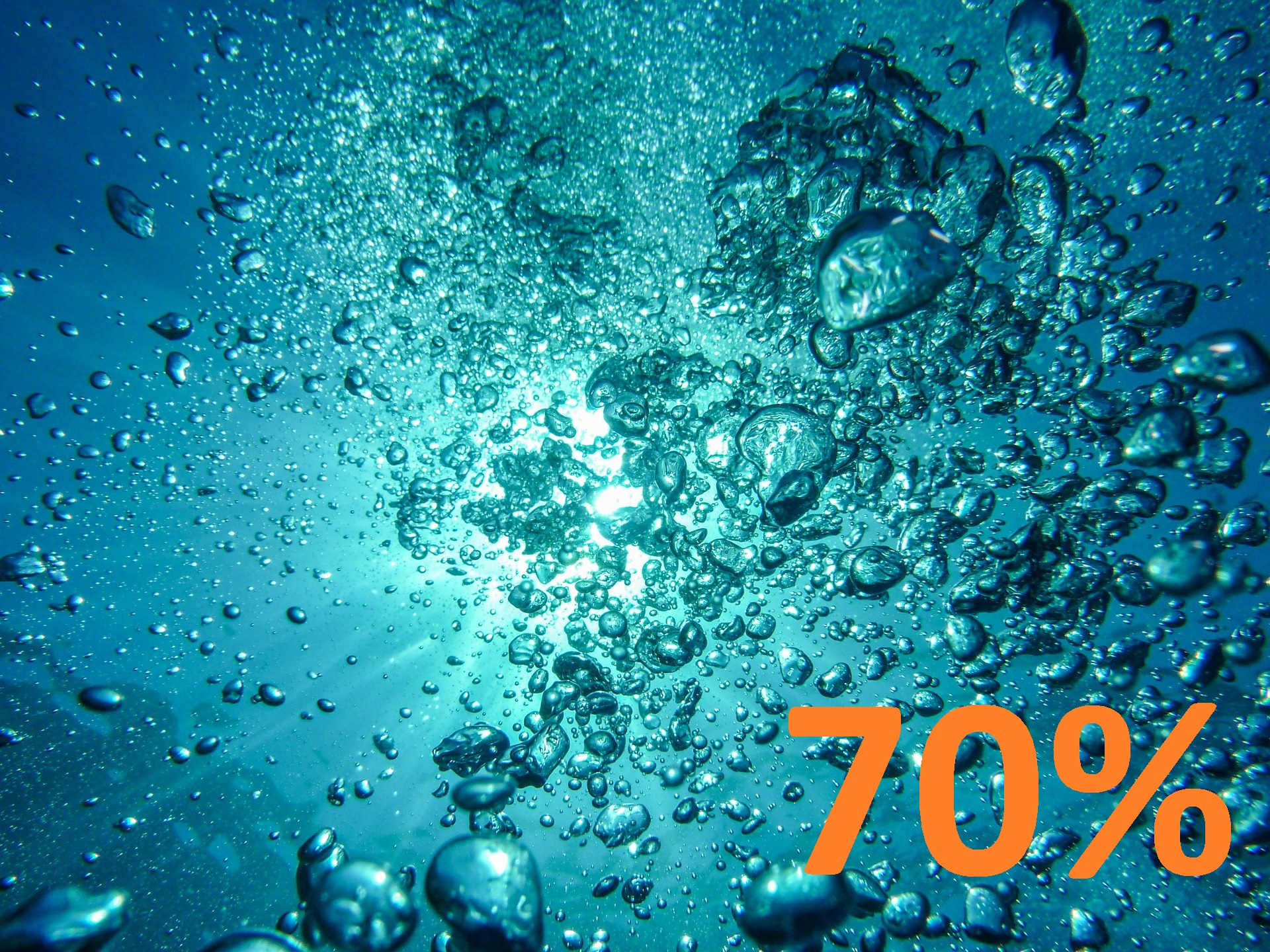 Blueseventy is one of the first brands which started to produce triathlon wetsuits. Blueseventy is based Seattle and its distribution network reaches in over 25 countries worldwide. They are proud of their history as an industry leader in technical performance products.

Explanation of the brand name blueseventy “Aptly named because 70% of the earth is covered in water, we make products that empower swimmers to achieve their personal bests. Since 1993, we design, test, refine and craft products using superior materials and revolutionary details that equate to comfort, freedom from restriction and ultimately a competitive advantage in the water.”

It is interesting to check out the historical milestones from the company’s official website.

1993: The New Zealand company “Direct Innovations” firstly produces neoprene based bike seat covers, which leads to the development of one of the world’s first triathlon wetsuits. “Direct Innovations” becomes the official wetsuit of the Ironman triathlon, and changes its name to Ironman Wetsuits.

2002: Subsidiary office in the USA is opened in Seattle.

2005: Ironman Wetsuits changes name to blueseventy and replaces the Stealth wetsuit with the Helix, and introduces a goggle and an open water accessory line.

2006: The pointzero3 swimskin is released at the Hawaii Ironman World championships and is worn by 18 pro athletes among them eventual winner Normann Stadler.

2007: pointzero3 swimskins are worn by half the field at Kona including the men’s and women’s champions. The pointzero3 is later FINA approved and blueseventy becomes official partner for the FINA Marathon 10K open water series.

2008: The Nero Comp pool suit is released in May and worn in the 2008 Beijing Olympics by hundreds of swimmers including inaugural 10K gold medalist and leukemia survivor, Martin van der Weijden. The Helix wetsuit is voted the best triathlon wetsuit in the world by multiple triathlon publications.

2009: Due to strong pressure from within its governing body the technical pool competition suits pioneered by our Nero Comp range is banned, then reinstated by FINA.

2010: Achieve a world first releasing a carbon fiber goggle that is less than half the weight of traditional pool goggles. Blueseventy landmark balanced buoyancy wetsuit range is released. The newest generation of the Helix is first out of the water in the first major US domestic race. Blueseventy’s practice swimwear and technical triathlon apparel is released to market.

2012: The latest generation Helix is released and is first out of the water in the first major event of the year. It then is first out of the water in both the men’s and women’s races at the 2012 Olympic Games in London. blueseventy athlete Alistair Brownlee wins Olympic gold in the triathlon event. Long time blueseventy athlete Leanda Cave wins both the 70.3 and Ironman World Championship titles.

If we look at the blueseventy products on their official website blueseventy.com there is a division between triathlon (including open water) products and pool swimming products. Under the “Triathlon” section are such products like Wetsuits, Thermal Products, Swimskins, Triathlon Apparel and Swimrun equipment. The “Swim” section are such products as Tech Suits, Practice Swimwear, Googles and Training Equipment. Under three additional sections also Bags, Googles and Accessories can be found. 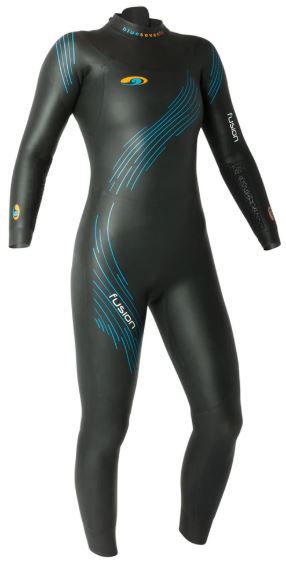 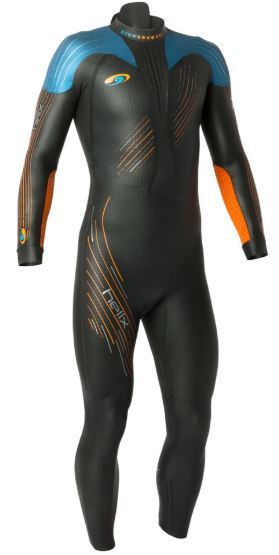 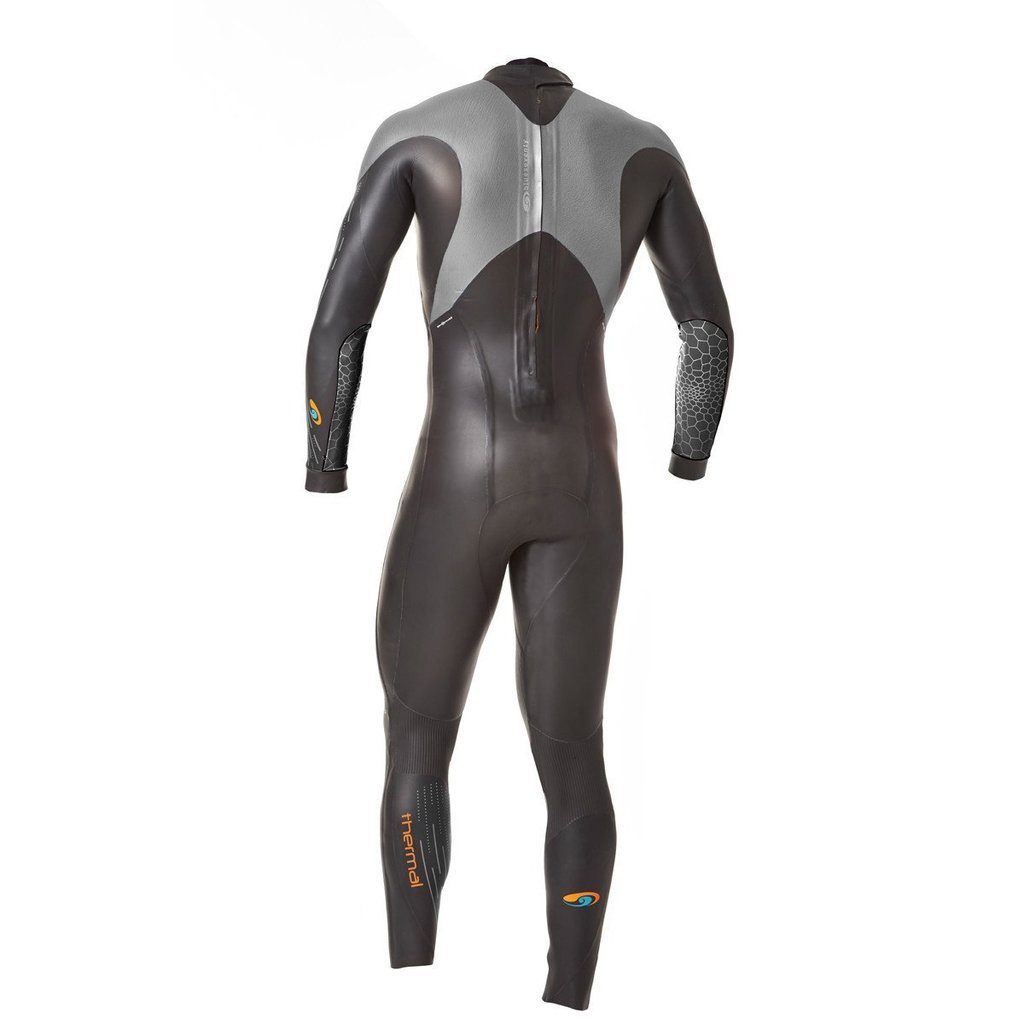 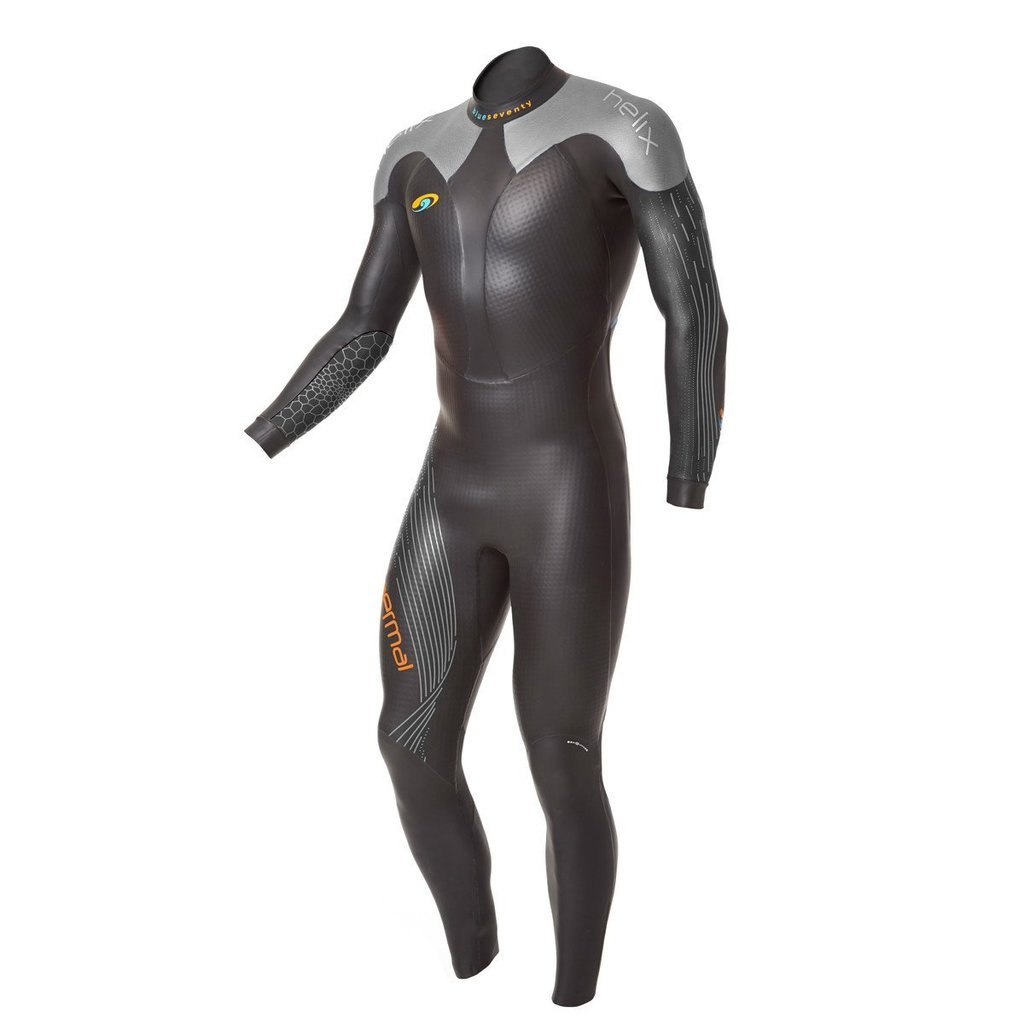 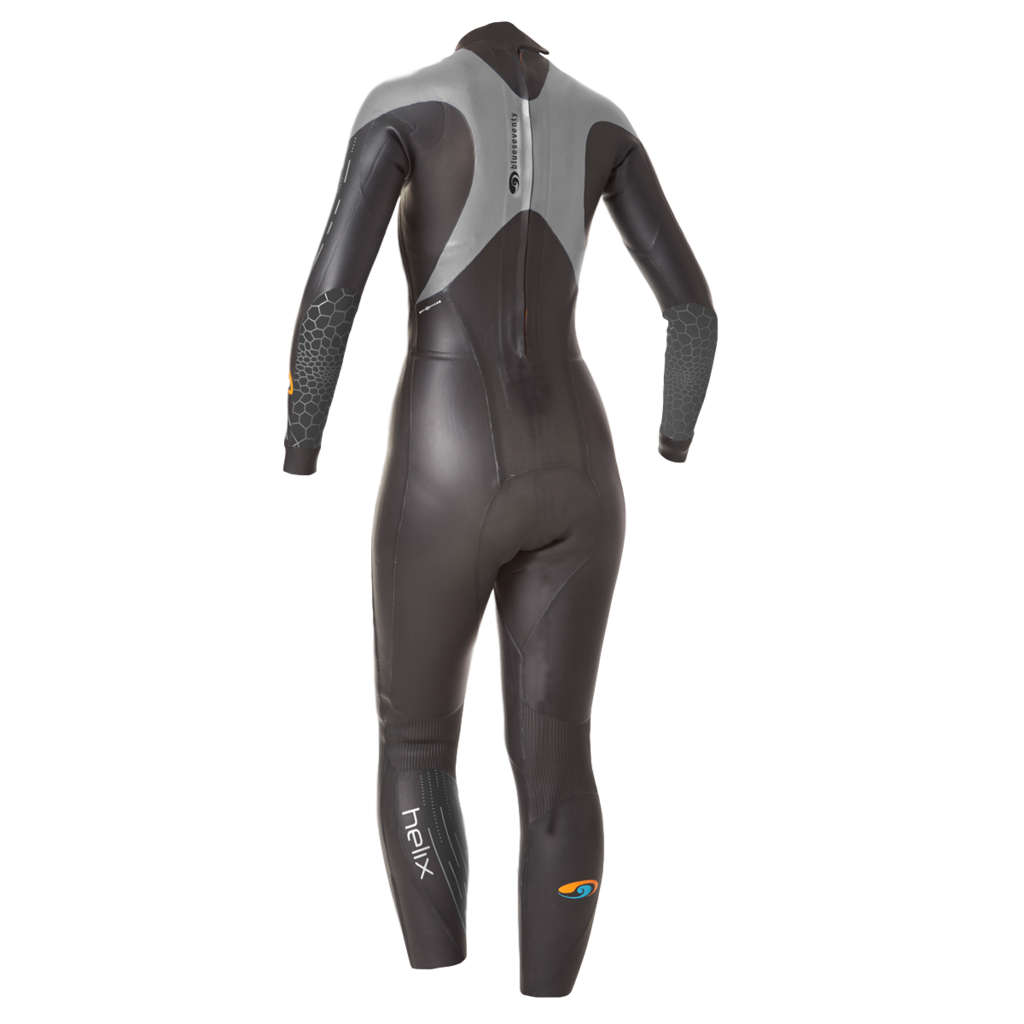 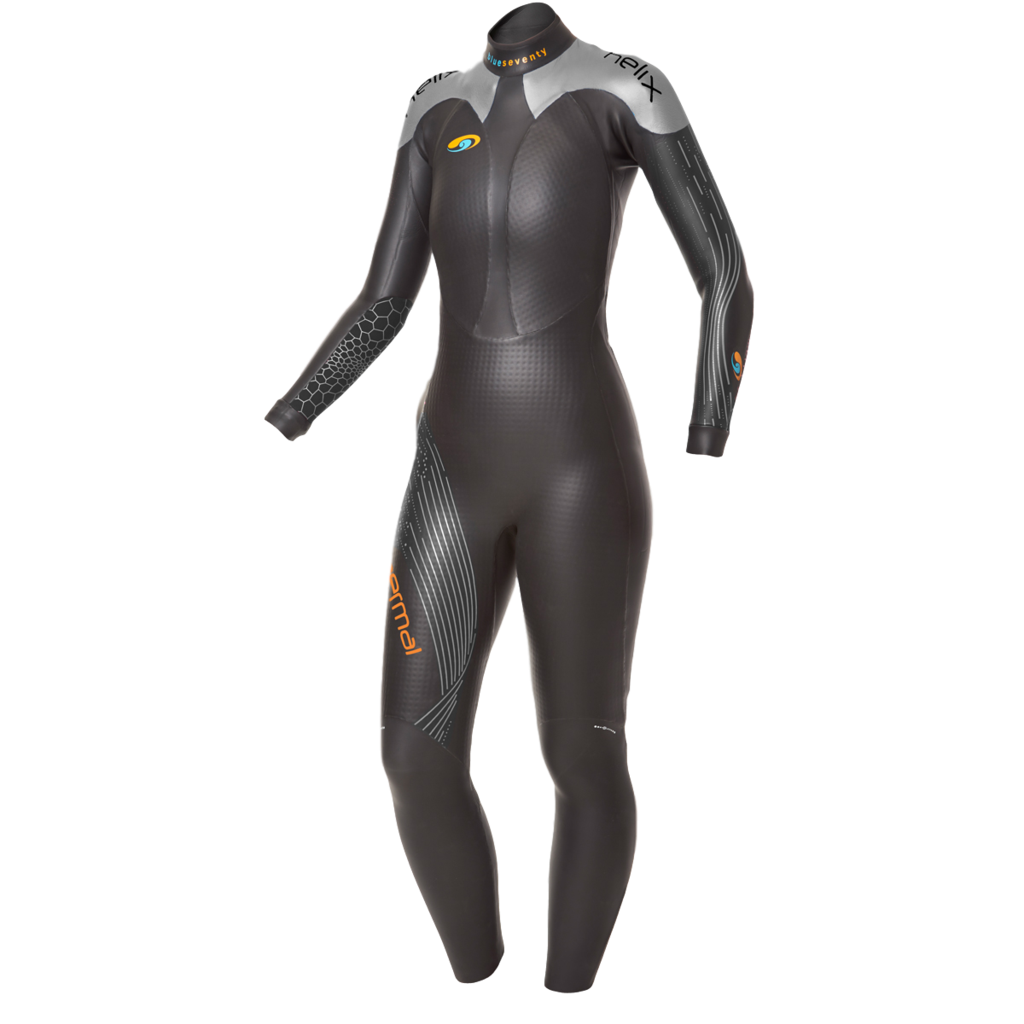 In the following posts I will describe Helix, Thermal Helix, Thermal Reaction, Reaction, Fusion and Sprint wetsuits in more detail. Meanwhile, I comprised a list of related websites and posts about Blueseventy and their sponsored athletes.

For more information you can check out the official blueseventy website – blueseventy.com.

Complete Tri – A website which is written byavid triathletes who understand the nuances of triathlons, triathlon training, as well as the finer points of essential triathlon gear such as bikes, tops, shorts, and other triathlon clothing – completetri.com.